These four photographers, who all are influenced by art history, create work similarly to the way that painters do, leaving room for the viewer to imaginatively engage with the inherent mystery in their work. 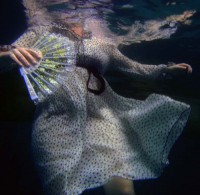 Irene Barry stages underwater photo shoots, finding that “the transformative quality of water has a power of turning the ordinary into something surreal magical and otherworldly.”

David Creedon’s considered and beautiful studies of abandoned houses go far beyond the surface of things, engaging with imaginary narrative and intimate spaces.  He masterfully captures colour and light as did the 17th century Dutch painters. 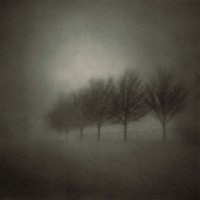 Dominic Turner is interested in the process and craft of the photographic image and is influenced by the 19th century pictorialists.  Thematically, his work explores issues of memory and people’s interaction with their environment.

Gwen Wilkinson, in her staged still lifes, explores the intersection between nature and artifice, metamorphosis and decay, dreams and reality, revelling in mystery and the unexpected.

The set of images below is an overview of most of the work in the show.  Clicking on any thumbnail image will enlarge it and provide size, price and other details.

Turner, Towards the Cross