This US based, Irish artist disassembles and reassembles studio materials integral to the making of paintings, thereby rediscovering the pleasures of making art.  A recent Guggenheim prize-winner, her work appropriates the languages of art history, craft, and carpentry and transforms them into fields of light and texture that are provocative and joyful. 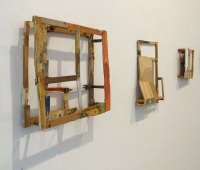 3 constructions, side view in situ 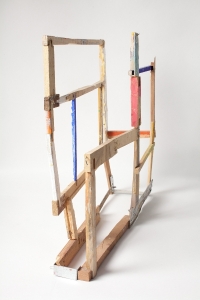 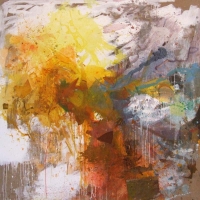 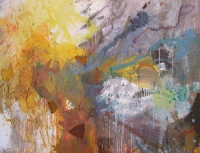 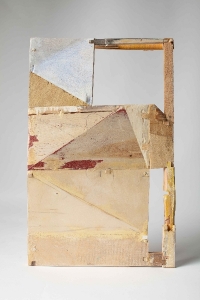 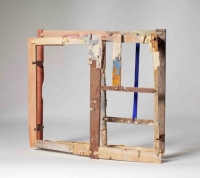 A small place to do nothing 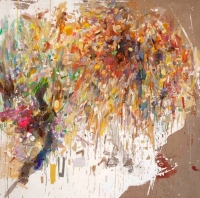 O’Leary literally turns the conventions of paintings inside out.  She co-opts the materials and structures of paintings – the stretchers, panels, frames, paint and tacks – and rebuilds them as enigmatic, humourous fragments and objects that allude to a narrative of greatness fallen on hard times, human exuberance, frailty and resilience.

O’Leary studied at the National College of Art and Design in Dublin and then went on to study at the School of the Art Institute in Chicago.  She joined the faculty of the School of Visual Arts at Penn State University in 1991, where she is currently a professor of Art.

This is her second solo show at the Catherine Hammond Gallery.  She has participated in many group exhibitions around the world and has had solo show exhibitions in New York City, New Delhi, Melbourne, Paris, Chicago, and the Butler Gallery in Kilenney.

O’Leary is the recipient of many prestigious awards including the John Simon Guggenheim Fellowship, the Pollock-Krasner Award, and the Joan Mitchel Award.  This exhibition is supported, in part, by the Pennsylvania State University Institute for the Arts and Humanities, and its College of Arts and Architecture.